For some reason, I started wondering about incense yesterday…not sure why.  I don’t burn it but I have a lot of friends who do, I know that it’s used in religious practices, and that it’s been around forever.  I started wondering how it started and what did they use in the days before premade incense sticks and cones that you buy in a box.  In the spirit of my Papi who would have been 81 today and who loved learning , did you know… 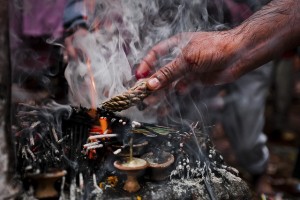 that incense is composed of aromatic plant materials, often combined with essential oils.  The term refers to the material itself, rather than to the aroma that it produces.  It is used for a variety of purposes, including the ceremonies of all the main religions, to overcome bad smells, repel insects, spirituality, aromatherapy, meditation, and for simple pleasure.

A variety of materials have been used in making incense.  Historically there has been a preference for using locally available ingredients.  For example, sage and cedar were used by the indigenous peoples of North America.  Trading in incense materials comprised a major part of commerce along the Silk Road and other trade routes, one notably called the Incense Route.  The same could be said for the techniques used to make incense.  Local knowledge and tools were extremely influential on the style, but methods were also influenced by migrations of foreigners, among them clergy and physicians who were both familiar with incense arts.

History:   The word incense comes from Latin for incendere “to burn”.   Incense was used by Chinese cultures dating back to Neolithic times and became more widespread in the Xia, Shang, and Zhou dynasties.  The earliest documented instance of the use of incense comes from the ancient Chinese, who employed incense composed of herbs and plant products (such as cassia, cinnamon, styrax, sandalwood, among others) as a component of numerous formalized ceremonial rites.  Eventually, the Hindus adopted the use of incense from the Chinese, adapting the Chinese formulation to encompass aromatic roots and other indigenous flora.   This marks the initial use of plant roots in fabricating incense.

At the same time, combustible boutiques were used by the ancient Egyptians who employed incense within both pragmatic and mystical capacities.  In some instances, incense was burned to counteract or obscure the malodorous by-products of human habitation, but was perceived to also deter malevolent demons and appease the gods with its pleasant aroma.  Resin balls were found in many prehistoric Egyptian tombs in El Mahasna, furnishing tangible archaeological proof regarding the prominence of incense and related compounds in ancient Egypt.  The oldest incense burner still in existence originates from the 5th dynasty.  The Temple of Deir-el-Bahari in Egypt contains a series of carvings that depict an expedition for incense.

Some of the oldest known references of incense appear within the Vedas (ancient Hindu texts) themselves, with frequent mention within the Atharva Veda, indicating that the use of incense is quite old, dating back at least 3500 years and more likely closer to 6000 to 8500 years old at a minimum.

At around 2000 BC, Ancient China was the first civilization who began the use of incense in the religious sense, namely for worship.  Incense usage in China reached its peak during the Song Dynasty with numerous buildings erected specifically for incense ceremonies.

The Babylonians used incense while offering prayers to divining oracles.  Incense spread from there to Greece and Rome.

The Indus Civilization used incense burners and evidence suggests oils were used mainly for their aroma.

Korean Buddhist monks, who used the mystical aromas in their purification rites, brought incense to Japan in the 6th century.  The delicate scents of Koh (high-quality Japanese incense) became a source of amusement and entertainment with nobles in the Imperial Court during the Heian Era 200 years later.

During the 14th century Shogunate, a samurai warrior, might perfume his helmet and armor with incense to achieve an aura of invincibility (as well as to make a noble gesture to whoever might take his head in battle).  It wasn’t until the Muromachi Era during the 15th and 16th centuries that incense appreciation (Kōdō) spread to the upper and middle classes of Japanese society. 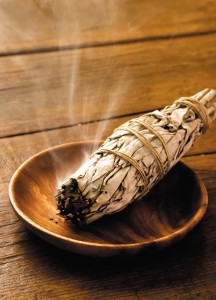 The Parallel History of Smudging:  The idea of purification through smoke is certainly not the sole preserve of the world to the east of the Atlantic.  The Native North Americans have also burned herbal smoke mixtures in ceremonial cleansing and healing rituals for thousands of years. Smudging (the common name given to the sacred smoke bowl blessing) has been a part of Native American tradition since ancient times.

As with its Eastern counterparts, the “smudging” or burning of herbs and resins was and continues to be a practice held literally sacred by many traditional cultures.  Smudging takes many forms; herbs are either tied into bundles called “smudge sticks,” or the longer, tendril like herbs may be braided into “ropes.”  Smudging calls on the spirits of sacred plants to drive away negative energies and restore balance.  The most popular herbs and plants for smudging include Cedar, Sage, Sweetgrass and Tobacco.  Each of these plants is imbued with a unique quality and specific energy and as such are known as “Sacred Plant Helpers.”  Their smoke is ceremonially fanned through the energy field (aura) to cleanse negative energies, heal, bless and attract positive forces.

Smudging continues to this day as an integral part of Native American purification rituals.  All spaces and the tools used for healing must be smudged, and smudging is an integral part of other important ceremonies such as medicine wheel gatherings, the vision quest and sweat lodge. 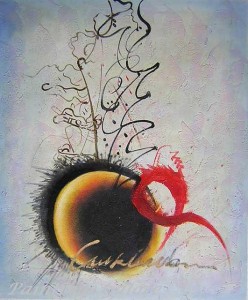 There is more info about the production and variations but this historical overview satisfied my curiosity.  If you want to know more, check out the article I pulled this from on Wikipedia – http://en.wikipedia.org/wiki/Incense and the article I pulled on Smudging from OfSpirit – http://www.ofspirit.com/margaretmcgoverne1.htm