Who is your favourite Impressionist painter? Happy Birthday, Paul Strand! 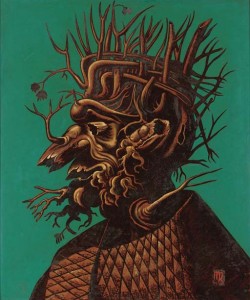 ~ I paint what cannot be photographed, that which comes from the imagination or from dreams, or from an unconscious drive.

Happy birthday, American artist Man Ray!!  Born Emmanuel Radnitzky on August 27, 1890, Man Ray is known for his avant-garde photography, but worked in almost all media and really considered himself a painter above all. In 1999, A. D. Coleman in his article “Willful Provocateur” [ARTnews, May 1999] named him one of the 25 most influential artists of the 20th century, citing his groundbreaking photography as well as “his explorations of film, painting, sculpture, collage, assemblage, and prototypes of what would eventually be called performance art and conceptual art” and saying “Man Ray offered artists in all media an example of a creative intelligence that, in its ‘pursuit of pleasure and liberty,'”—Man Ray’s stated guiding principles—”unlocked every door it came to and walked freely where it would.” The image here is one of Man Ray’s paintings – Winter.