“Art is not a study of positive reality, it is the seeking for ideal truth.” 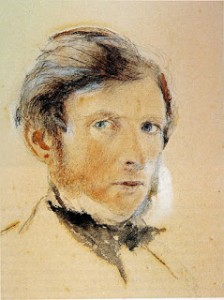 Happy birthday, John Ruskin! (b. Feb 8, 1819) Ruskin was the leading English art critic of the Victorian era; also, an art patron, draughtsman, watercolourist, a prominent social thinker and philanthropist. He wrote on subjects ranging from geology to architecture, myth to ornithology, literature to education, and botany to political economy. His writing styles and literary forms were equally varied. Ruskin penned essays and treatises, poetry and lectures, travel guides and manuals, letters and even a fairy tale. The elaborate style that characterized his earliest writing on art was later superseded by a preference for plainer language designed to communicate his ideas more effectively. In all of his writing, he emphasized the connections between nature, art and society. He also made detailed sketches and paintings of rocks, plants, birds, landscapes, and architectural structures and ornamentation.

He was hugely influential in the latter half of the 19th century, and up to the First World War. After a period of relative decline, his reputation has steadily improved since the 1960s with the publication of numerous academic studies of his work. Today, his ideas and concerns are widely recognized as having anticipated interest in environmentalism, sustainability and craft.

I presumably had no idea who John Ruskin was other than knowing he shares a birthday with Franz Marc, whose work I love so, invariably, in past years I’ve chosen to celebrate Marc rather than Ruskin. I say presumably because I have taken a ton of art history and aesthetics classes in the past so I probably have come across him as an art critic but I didn’t know about his art. So this year I went for Ruskin over Marc and I’m so glad I did because his work is stunning! Check it out – 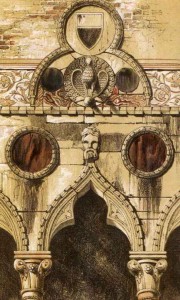 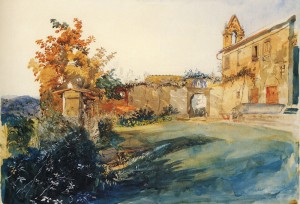 The Garden of San Miniato near Florence, 1845
Watercolor on paper 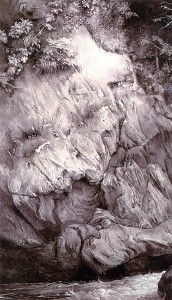 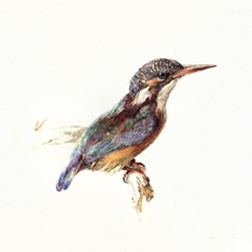